LED revolver is a light source that contains 10 high power LEDs placed on a revolving disc. Only one of the LEDs can be turned on at the time.
LED selection, light intensity, duration and other parameters are driven from a program on a PC.
The device has a cage (Thorlabs or TECHSPEC from Edmund Optics compatible) type of sample holder with a manually adjustable lens that is used to focus light on a sample or on a waveguide.

The LED revolver can be used wherever a strong LED light is needed.
The LED disc that contains 10 single structure LEDs is exchangeable. One can order a disc with custom LEDs from the list below.
The LED revolver can be oriented in several ways depending on the application. It can also be mounted on an optical stand.
Forms Mini Photoelectric Spectrometer, when coupled with a potentiostat. The LED revolver is often used as an economy light source in Surface Photovoltage Spectroscopy (SPS) with our Kelvin probe. The LED revolver attached to the Sample chamber illuminates a sample which is screened out from unwanted light sources and other electromagnetic noise. 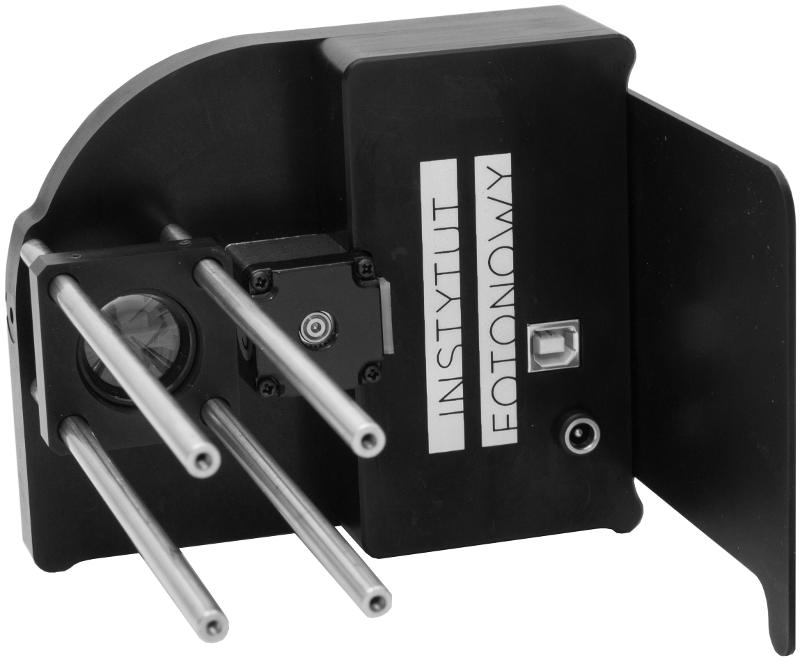 ACCESSORIES The following accessories are compatible with the product
CONTACT US
LEAVE YOUR CONTACT INFORMATION - We will respond within 48h
CONTACT US - We will address all your questions + 48 733 003 380 office@fotonowy.pl