The instrument has been designed for Time Resolved Impedance Spectroscopy. It measures and records time evolution of impedance spectra.

The impedance camera takes an entire spectrum in a single shot, so that all the frequencies are handled in the same time. Such a single time spectrum is called a frame, pretty much like a movie frame.
Then one may acquire many such frames to record time development of sample’s impedance spectra.

The instrument consists of:

The Impedance Camera software is very intuitive and does not require any additional training.

The measurement results shown below are obtained for a parallel RC circuit where the resistance was dependent on oscillating illumination intensity.

Nyquist (or Argand) plot showing real and imaginary part of impedance measured for range of frequencies at various times. One can see the resistance increases in the middle of the measuring sequence and the impedance semicircles grow in diameter.
The green color selects the same frequency measurement points in time. If only capacitance was changed, in the RC circuit, all semicircles would be the same size but position of given frequency points would move along a circle.
Click to enlarge 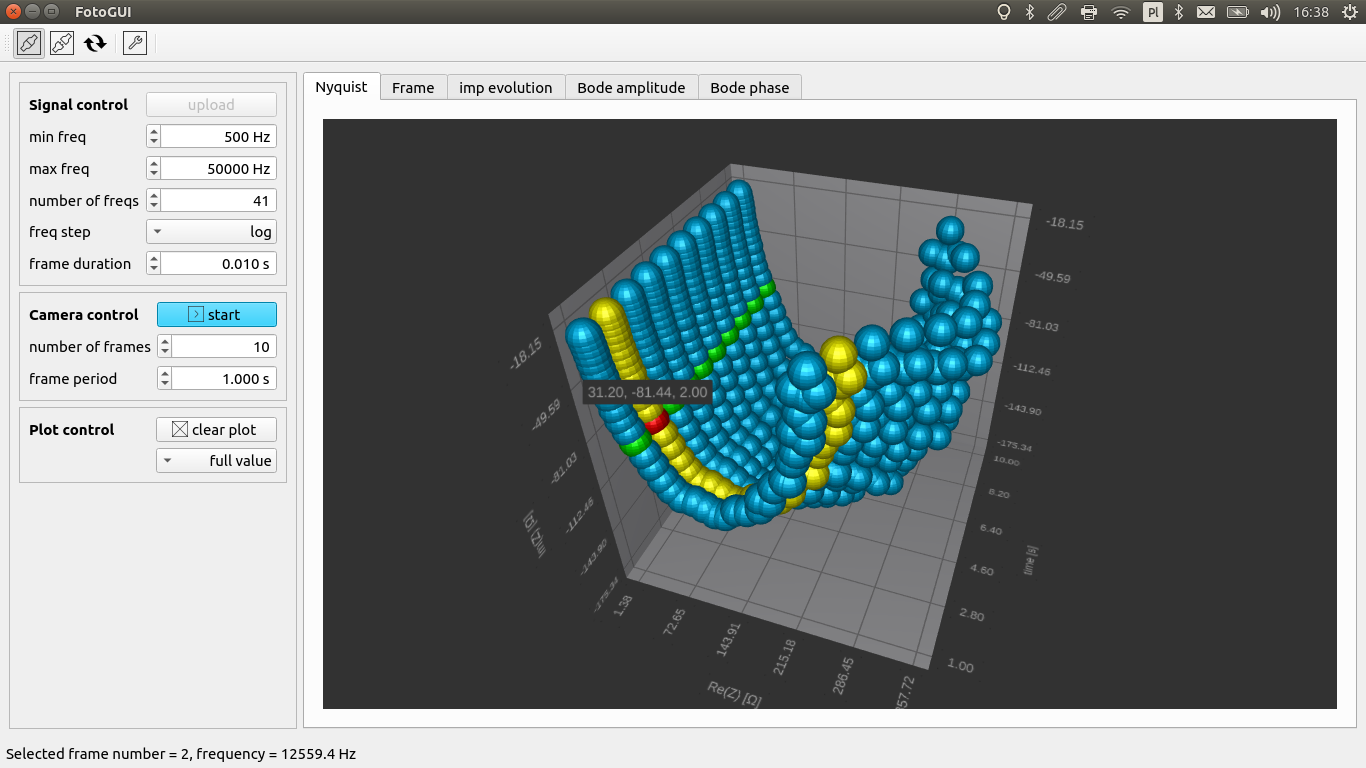 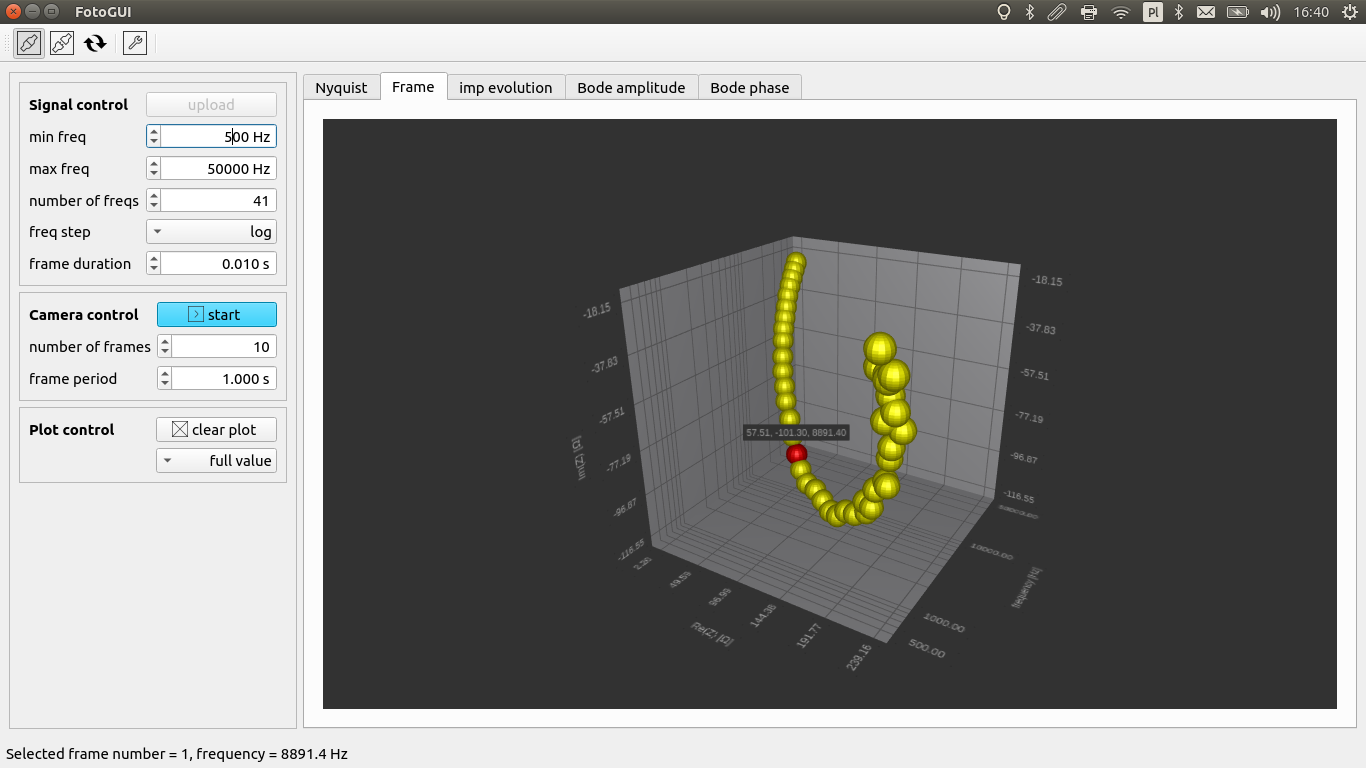 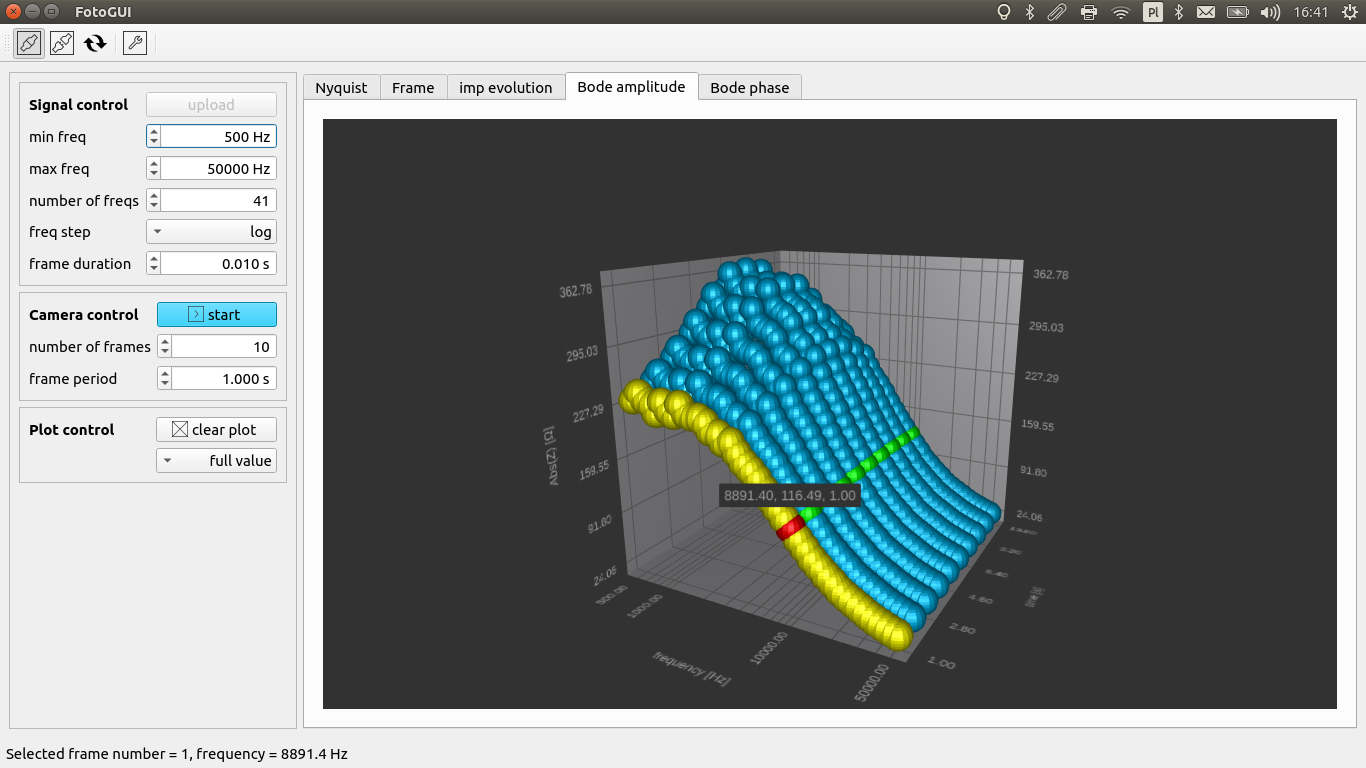 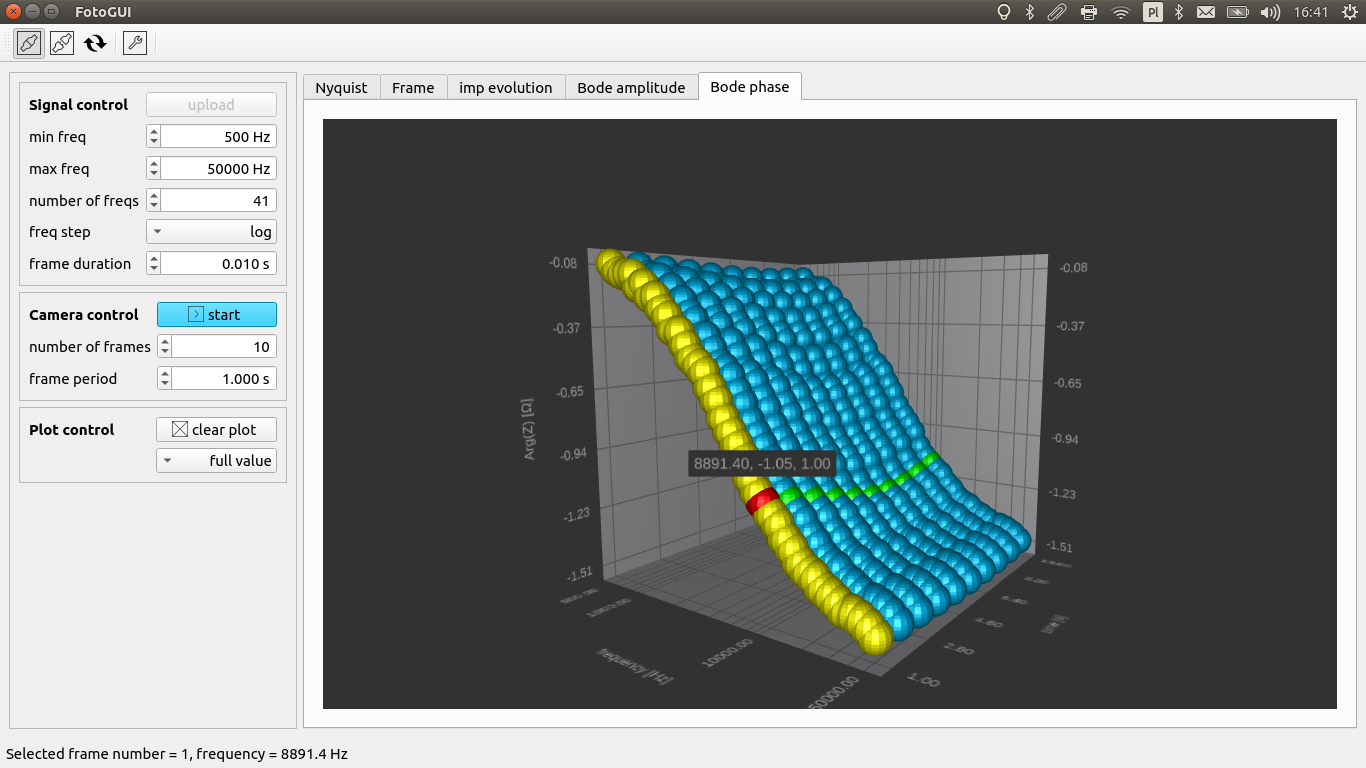